The year is 2380, and the graduating cadets of Aurora Academy are being assigned their first missions. Star pupil Tyler Jones is ready to recruit the squad of his dreams, but his own boneheaded heroism sees him stuck with the dregs nobody else in the Academy would touch…

A cocky diplomat with a black belt in sarcasm
A sociopath scientist with a fondness for shooting her bunkmates
A smart-ass techwiz with the galaxy’s biggest chip on his shoulder
An alien warrior with anger management issues
A tomboy pilot who’s totally not into him, in case you were wondering

And Ty’s squad isn’t even his biggest problem—that’d be Aurora Jie-Lin O’Malley, the girl he’s just rescued from interdimensional space. Trapped in cryo-sleep for two centuries, Auri is a girl out of time and out of her depth. But she could be the catalyst that starts a war millions of years in the making, and Tyler’s squad of losers, discipline-cases and misfits might just be the last hope for the entire galaxy.

I was very excited to find out that after the Illuminae files that Kay Kristoff and Amie Kaufman was going to write another series, because if you have read my blog, you know that I love the Illuminae files and its one of the few series that received 5 stars for each of the books.

Aurora Rising, isn’t however written in the multi media format that the Illuminae files was written in but in the standard format with POV chapters for the characters. I like that each of the characters has their own personalities and charter arcs within those chapters and what makes it really good, is the fact that you get to see the different perspectives of what is going on in the story. It really reminded me of Mass Effect in a sort of way.

What also made the story great, was that it was about a crew of misfits who no one would really want on their crew, especially the main character of Ty, who is in the top of his class at the academy and is now dealing with the rejects because he was late for the ceremony and now has to deal with the last picks of the cadets.

The main plot of the story is dealing with a young girl named Aurora who wakes up and is found by Ty. Aurora is a girl out of time who was suppose to be in a sort of hyper sleep and is now waken up to a time not her own. There is a lot of mystery to unpack in the novel, and the story takes a lot of twists and turns.

My only issue with the book, was sort of the pacing. While the beginning and the end was very well done, the middle section of the book It is not as action packed as the Illuminae files but it still kept up with my attention.

In the end, I enjoyed Aurora Rising, while it did have some issues with pacing, it was the characters that kept my attention. I am very excited to see another Jay and Amie Sci Fi series.

When the Last Days came, the planet of Laterre promised hope. But five hundred years later, it’s now a place where an extravagant elite class reigns supreme; where the clouds hide the stars and the poor starve in the streets; where a rebel group, long thought dead, is resurfacing.

Chatine is a street-savvy thief who will do anything to escape the brutal Regime, including spying on Marcellus, the grandson of the most powerful man on the planet.

Marcellus is an officer—and the son of a traitor. Groomed to command by his legendary grandfather, Marcellus begins to doubt the government he’s vowed to serve when he discovers a cryptic message that only one person, a girl named Alouette, can read.

Alouette is living in an underground refuge, where she guards and protects the last surviving library on the planet. But a shocking murder will bring Alouette to the surface for the first time in twelve years…and plunge Laterre into chaos.

All three have roles to play in a dangerous game of revolution—and together they will shape the future of a planet.

When I heard the terms “Les Mis in Space” I of course had to get this book, because I always love a good retelling especially one set in space. While it did have a Les Mis feel to it did tell its own story.

The book is told through three different POVs. First there is Chatine, a thief who hustles her way out of everything  especially when trying to survive as a young orphan girl. Her storyline involves disguising herself as a boy and is set to spy on Marcellus, for his grandfather.

Then there is Alouette, who spends most of her life as a refugee living in the underground being raised by sisters. A majority of her story line is discovering the world outside of her being a refugee because most of the what she knows is through books

The main story kicks off with the murder of the Premier Enfant, the the people trying to find out who murdered her. A major strength about the story is how it is full of political intrigue, and the while the beginning of the story is very slow, mainly because it focuses a lot on fleshing out the characters and the world it is set in.

Each of the POVs has their very own fleshed out stories to them. My favorite POVs is the relationship between Chatine and Marcellus. It does come across as a sort of enemies to lovers or more like undercover and then falling in love trope. But I did find myself rooting for them.

There is also Marcellus’s grandfather, who I always pictured as Tywinn Lannister from Game of Thrones mainly as a leader who finds himself engaged with power, but he always sort of have a gentlemen quality to him, trying to mold his grandson into something like him.

The book also has discussions about class issue, with the planet being divided into classes in which the rich lives extravagant lives, while the poor suffer. Like Les Mis it talks a lot about the theme of revolution and part of me was almost singing the soundtrack as I was reading the book.

In the end, Sky Without Stars, was a great read. It was a mostly character driven story. While it did have some pacing problems especially towards the beginning, I do find myself wanting to know what happens next.

The summer is about to begin, and there is so many books I want to read this month and I want to put together a TBR to help me keep track. It may be subject to change, depending on what I would want to read

When I was at an author talk with Claire Legrand discussing Kingsbane, A.C Gaughen was also at the talk, and I really enjoyed hearing talk about the different aspects of elemental magic in their books.

This was a book I kept seeing at bookstores and would it always be one of those books I would pick it up and put it back down, and then recently I decided to actually buy the book, and the premise is interesting, dealing with Earth after the aliens invade. 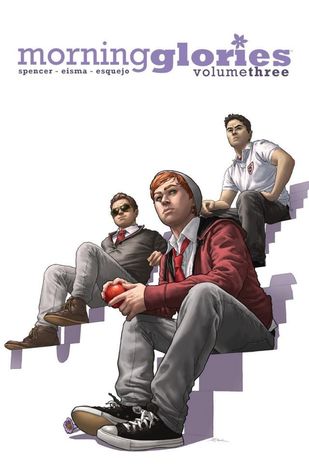 This is a graphic novel series that I recently got into, and it deals with a pretigous prep school with a very dark secret, and a bunch of misfits who are starting to figure out whats going on. This is one I would highly recommend.

I know, Finale just came out, but I realized that I haven’t read Legendary yet, and heard so many good things about the book, and I really enjoyed Caraval.

Earlier in the spring, this author came to Boston, and the book was always on my TBR, because its a fantasy dealing with illegitimate children with a lot of mystery.

That’s my TBR for the month of June. What books do you plan on reading in June? Let me know in the comments below.