Emika Chen barely made it out of the Warcross Championships alive. Now that she knows the truth behind Hideo’s new NeuroLink algorithm, she can no longer trust the one person she’s always looked up to, who she once thought was on her side.

Determined to put a stop to Hideo’s grim plans, Emika and the Phoenix Riders band together, only to find a new threat lurking on the neon-lit streets of Tokyo. Someone’s put a bounty on Emika’s head, and her sole chance for survival lies with Zero and the Blackcoats, his ruthless crew. But Emika soon learns that Zero isn’t all that he seems–and his protection comes at a price.

Caught in a web of betrayal, with the future of free will at risk, just how far will Emika go to take down the man she loves?

This book, just proved why Marie Lu, is one of my favorite authors. I was also lucky to get an ARC of this book, while at a Sabaa Tahir event.

Wildcard picks up pretty much where Warcross left off. In which Emika found out about Hideo’s plan to use the Neurolink to basically control the population. What made it great was the act that it was one of those things that really makes you think whether or not that Hideo was right.

Emilka also joins Zero’s gang in order to take down Hideo, while also simultaneously trying to avoid Hideo at all costs, because some tried to kill her, and that’s where the plot gets moving. A major strength is how fast paced this book was, and I felt that there was never a dull moment in the book.

Also there is Zero’s story. His story arc was amazing, while in the Wildcard he was mainly a background character who speaks to Emika secretly, he really has some great development, and you find out about his backstory and all that has happened to him. I also loved seeing some Black coats especially Jax, who was one of my favorite characters.

Also Hideo’s story arc was great as well. He was a very complex character, and while he wants to use the Neurolink to basically control the population and destroy the notion of freewill. What made it great was how what he believed what he was doing was right, and was driven my the kidnapping of his brother. I always feel that best antagonists believe that they are the protagonists of their stories.

Also like a Marie Lu book, there is some twists and turns that I did not see coming. There is also the fact that the Neurolink was a small part of a bigger issue. That is all I am going to say because I do not want to spoil anything.

If there was a negative, I felt that I wish I saw more of the Phoenix Riders because I loved those characters so much in Warcross, and I wished they were more fleshed out in this book.

In the end, I loved Wildcard. It has everything that I love about Marie Lu’s books. With its amazing characters and a non stop plot. It takes some great twists and turns with a an amazing story to go with it.

After her mother is shot at a checkpoint, fifteen-year-old Sarah–blonde, blue-eyed, and Jewish–finds herself on the run from a government that wants to see every person like her dead. Then Sarah meets a mysterious man with an ambiguous accent, a suspiciously bare apartment, and a lockbox full of weapons. He’s a spy, and he needs Sarah to become one, too, to pull off a mission he can’t attempt on his own: infiltrate a boarding school attended by the daughters of top Nazi brass, befriend the daughter of a key scientist, and steal the blueprints to a bomb that could destroy the cities of Western Europe. With years of training from her actress mother in the art of impersonation, Sarah thinks she’s ready. But nothing prepares her for her cutthroat schoolmates, and soon she finds herself in a battle for survival unlike any she’d ever imagined.

I remember seeing this book at a lot of book stores. The cover, first of all really intrigued me because it looked liked a great spy novel dealing with Nazis in WWII, and I always love a good undercover story.

The WWII setting within Nazi Germany, and with a Jewish protagonist going undercover at a boarding school in Germany with children of SS officers was a nice touch. Sarah, who was trained as an actress so she was able to infiltrate the school.

Sarah was a nice main character to follow, with her trying to hide her Jewish heritage, I also like that there was times she completely had to improvise her situation in fear that they may find out who she really is.

The boarding school was a very torturous school, with teachers who would beat their students for misbehavior, and with the worship of Hitler or the Fuhrer. It also sort of had what I almost wanted to call Mean Girls, the Nazi version. With the Ice Queen sort of ruling the school. Sarah would have to spend most of her time trying to beat in races and also in school in order to get close to her because her father was a scientist working on the bomb.

A negative I would have for this book, is that it kinda lacked the espionage that I was hoping for. Most of the book was Sarah going undercover at the school, while her handler did most of the heavy lifting. While it wasn’t a bad thing because I got to see Nazi Germany from the Nazis point of view. I also feel that the ending was very rushed, and it almost felt random. I think a sequel may be in the works in which we could see a lot more espionage because the ending left it open for that.

In the end, I enjoyed Orphan Monster Spy. I always like undercover stories set within the history, and WWII was a good setting. It should how dark Nazi Germany was and why Sarah wanted to follow her cause. I hope if a sequel was made it would have a lot more espionage.

Where did the summer go. I can’t believe that it is already September and almost time for fall weather.

Even though I haven’t really been keeping up with my Monthly TBRs I hope that September will be a good reading month.

Daughter of Smoke and Bone by Laini Taylor 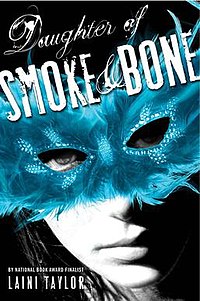 I read Strange the Dreamer and I absolutely loved it. I also realized that I never read Daughter of Smoke and Bone, even though it was on my TBR for quite a while now. I plan on reading the trilogy to get me hyped for Muse of Nightmares. 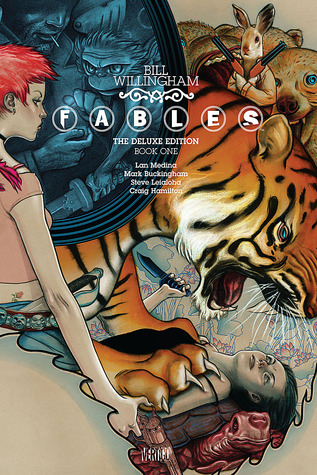 This is a graphic novel in which fairy tale live within the modern world. It reminded me of the show Grimm, which was a highly underrated show.

The Queens of Innis Lear

I saw this at a book store and I was already intrigued by a premise in which sisters battle over a throne.

I read Stalking Jack the Ripper last year and loved it. I was very excited that a sequel was written, and I know the third book is about to come out . I really like the mystery aspect of the book, and it makes it feel like a film noir. 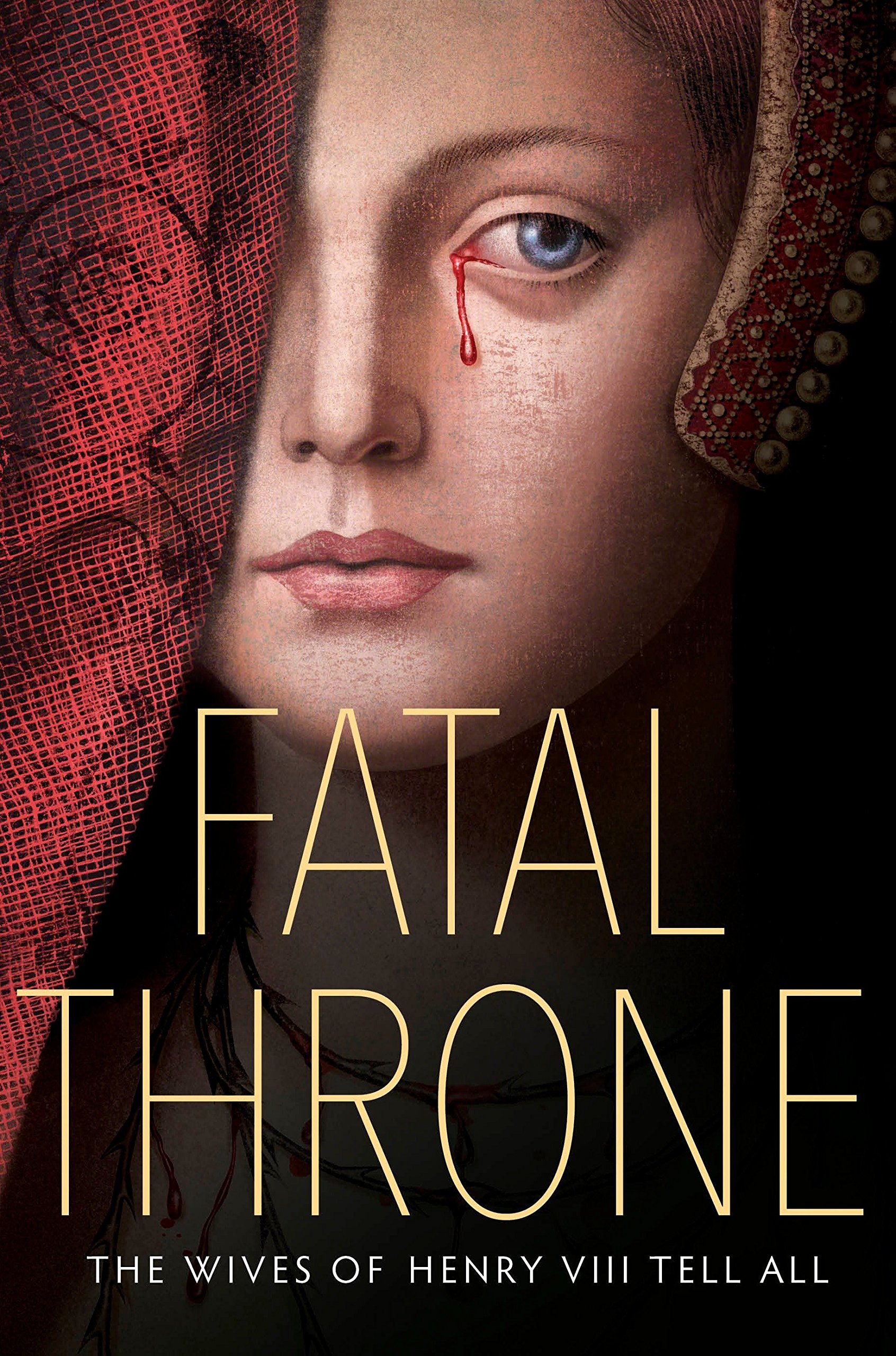 I love the aspect of this book, which is basically the wives side of the story regarding Henry VIII, which we never really hear about in the history books and hearing from people like Anna Boleyn and Jane Seymour.