Sorry I haven’t been doing these in a while, its just that some of the topics I couldn’t think of anything to write about those.

This is one I was very excited to see and boy do I have some unpopular opinions or popular depending on who you ask. This is Top 5 unlikable characters, that are not villains. This is just my opinion, if you love these characters that’s fine, to me they were unlikable.

I know a lot of people ship him and Cleo, but I can’t ship it. I feel he was intended to be a “dark prince” sort of like Zuko from The Last Airbender. But I always felt he was too whiny and he also did something that I felt was unforgivable, if you read the book you know what I am talking about.

I used movie Clary as an example because, while show Clary comes off as unlikable she is a better actress than movie Clary. The problem I have is Clary is that she is boring and bland. I feel that the supporting characters are so much better. I also don’t care for her romances.

Before you kill me, I am talking specifically about book Serena. Book Serena was very arrogant and almost a Mary-Sue. She got into ivy-league schools with mediocre grades, a starring role in movies and boys worshiping the ground she walks on. I do credit the series for at least improving Serena’s character and grounding her a bit. For the record I like show Serena.

Gale Hawthrone from the Hunger Games 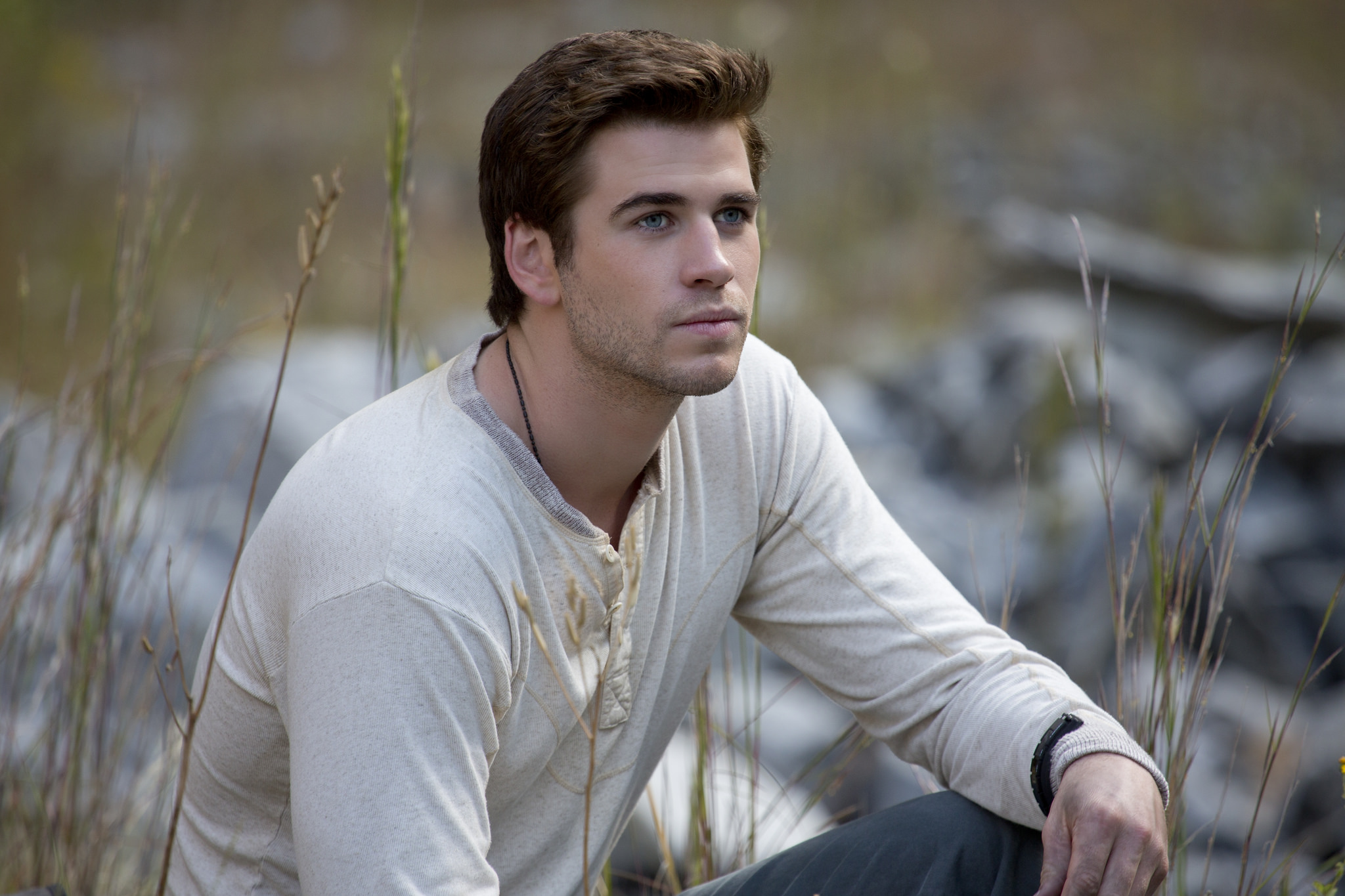 Yes, come at me Gale girls! He was basically the hometown guy, he is bland and boring. While he did get better a little by Mockingjay, but unlike Peeta, he doesn’t know what it was like to be in the Hunger Games. 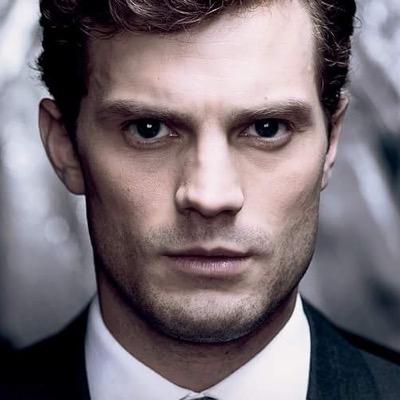 Yeah, you know this was coming. I seriously don’t know why the girls go for him. He is basically a controlling, abusive stalker and needs a therapist and not a girlfriend. I know he is suppose to be dark and mysterious, and could have worked as a Don Draper type, but he wasn’t written that way.

There’s my list. Who are some unlikable characters from books you have read. Let me know in the comments below.

But these six Californian teens have powers that set them apart. They can do stuff ordinary people can’t.

Take Ethan, a.k.a. Scam. He’s got a voice inside him that’ll say whatever you want to hear, whether it’s true or not. Which is handy, except when it isn’t—like when the voice starts gabbing in the middle of a bank robbery. The only people who can help are the other Zeroes, who aren’t exactly best friends these days.

Enter Nate, a.k.a. Bellwether, the group’s “glorious leader.” After Scam’s SOS, he pulls the scattered Zeroes back together. But when the rescue blows up in their faces, the Zeroes find themselves propelled into whirlwind encounters with ever more dangerous criminals. And at the heart of the chaos they find Kelsie, who can take a crowd in the palm of her hand and tame it or let it loose as she pleases.

Filled with high-stakes action and drama, Zeroes unites three powerhouse authors for the opening installment of a thrilling new series.

This book had me at X-Men meets Heroes, and of course as someone who likes superheros and comic books, the synopsis had me hooked and I actually enjoyed reading this book.

I am a fan of Scott Westerfeld’s writing mainly his Uglies trilogy so I wanted to see what other books he has written.

This book was essentially the 2-hour pilot to a TV show. There wasn’t much plot wise but it did do a good job at introducing us to the characters and their powers. If anything Ethan and Nate are co-protagonists in leading this group of teens with powers, which reminded me of Marvels Runaways. The other characters; Kelsie, Riley, Chizara, and Thibault all had their fair share of development and the book did a good jb at introducing them as a group but also as individuals, mainly Chizara’s story of learning how to control her powers.

The reason why I called it the “pilot” episode of a book series. because it served as a way to introduce the characters and the world, but it wasn’t as plot driven as most books I read. The book is very character driven  and it did a good job at developing the characters. It also kinda had a beginning, middle and end, so it felt complete. There is still some questions such as; where did the powers come from? Is there other teens with powers?  Does the world know about these teens with powers?

Hopefully those questions will be answered in future books because I feel this is going to be a series.

In the end I really enjoyed this book, while it wasn’t as plot heavy as I wanted it to be, the characters kept my interests going.

Lorelai Diederich, crown princess and fugitive at large, has one mission: kill the wicked queen who took both the Ravenspire throne and the life of her father. To do that, Lorelai needs to use the one weapon she and Queen Irina have in common—magic. She’ll have to be stronger, faster, and more powerful than Irina, the most dangerous sorceress Ravenspire has ever seen.

In the neighboring kingdom of Eldr, when Prince Kol’s father and older brother are killed by an invading army of magic-wielding ogres, the second-born prince is suddenly given the responsibility of saving his kingdom. To do that, Kol needs magic—and the only way to get it is to make a deal with the queen of Ravenspire, promise to become her personal huntsman…and bring her Lorelai’s heart.

But Lorelai is nothing like Kol expected—beautiful, fierce, and unstoppable—and despite dark magic, Lorelai is drawn in by the passionate and troubled king. Fighting to stay one step ahead of the dragon huntsman—who she likes far more than she should—Lorelai does everything in her power to ruin the wicked queen. But Irina isn’t going down without a fight, and her final move may cost the princess the one thing she still has left to lose.

I actually liked this book. It does seem a little biased, because I love fairy tale retelling, and this was a retelling of Snow White and the Seven Dwarfs, without the dwarfs. While this premise is almost the small as other high fantasy premises I did enjoy it.

Lorelai, is a good character. I liked her relationships with her brother; Leo, Gabriel and Sasha, her bird. I also like her relationship with Kol. While it was almost the insta-love you see in most YA novels there was at least a chance for them to build a bond between them and you actually cared about what happened to them. The romance didn’t distract us from the actual plot

Irina, the evil Queen was a great villain, sort of like Regina from Once Upon a Time and Queen Cersei from Game of Thrones. I would have liked to see a bit more development from her though.

While the story was great and compelling for beginning to end, I think some parts were a bit rushed and I would have liked to have some moments for the story to slow down so I could catch up with what it going on. It did a good job at retelling the story of Snow White, with a twist. I also would have liked some of the side characters to have some development, and since I think this is an ongoing series than maybe we could see some more development.

Also I felt the world building was okay. I would have liked to have seen other kingdoms, but hopefully future books will further develop them.

I think this book was great, and I really enjoyed. Hopefully some of the problems can be fixed in future books, which I will be excited about reading.