For this week Top 5 Wednesday it is characters you are mostly like.

Top 5 Wednesday is a group in Goodreads and was formerly created by Lainey at gingerreadslainey and is now done by Sam from Thoughts on Tomes. It is open to everyone

Charlie from Perks of Being a Wallflower

Charlie, like myself started of introverted. Mostly throughout my life I was a wallflower and it took me a while to really branch out. I also had dreams of becoming a writer.

Park from Eleanor and Park

Like Park, I was always geeky and still am. Spent most of my time reading comics and making mixtapes before Itunes and Spotify took over. Also like Charlie he started off as a loner.

There was a time when I always felt that I have had bad luck, and that what Stanley always faced which led him to Camp Greenlake. Even while in camp he always looked at things in a positive way.

Samwise Gamgee from Lord of the Rings

While Frodo is said to be the main hero, Sam is the one who saved the day. Like myself he is always there for his friends and will do anything to protect them.

June is very smart, and she always thinks logically before anything. As someone who thinks a lot about their studies I relate to her. Her logic also has her see things that others don’t.

Top 5 Wednesday is group on Goodreads open to everyone. It was started by Lainey at gingerreads.

Eleanor and Park by Rainbow Rowell

This is a nice book on a rainy day because it is short, sweet, and it has a good story. I don’t usually pick up contemporary books but this one impressed me.

The Perks of Being a Wallflower by Stephen Chbosky

This is one of the first YA books I read , so it has sentimental value, and perfect to read while snuggled in a rainy day.

Sometimes on a rainy day, I like to read something more action packed and engaging. This is one of my favorite series to read over and over and it is perfect on a rainy day.

Harry Potter and the Sorcerers Stone by JK Rowling

This is another one that has had sentimental value for me because it is one the first books that I read on my own. Also during rainy days it is perfect if you want to feel nostalgic.

Ready Player One by Ernest Cline

This is another feel-good book to read on a rainy day. It is one the best books I ever read and one of the very few 5/5. I love the story, the characters and everything about this book. Here is my review.

It was saw it in Angie’s Blog so I decided to give it a try.

The Little Mermaid-a character who is out of their element or a “fish out of water.

My answer would be Cress from the Lunar Chronicles. After spending most of her life in a satellite, the way she looks at the world is amazing and is literally experiencing everything for the first time and that is what I love about the character.

Cinderella-a character that goes through a major transformation

Neville Longbotton from Harry Potter. A character that started off as dweeb that everyone picks on to basically the hero of the entire series, lead Dumbledore’s Army while Harry was away and stood up to Voldemort himself. 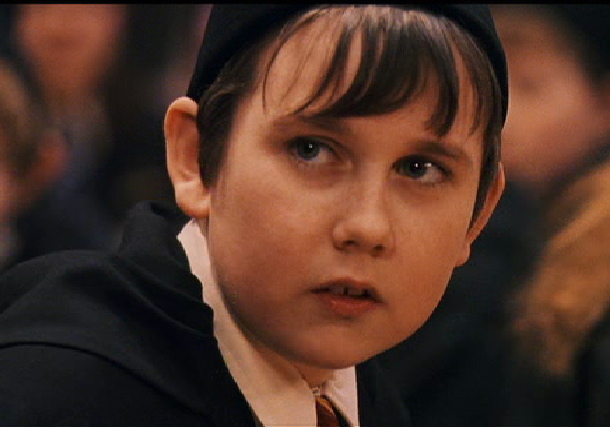 Snow white-a book with an eclectic cast of characters

The Lunar Chronicles. Each of the characters all play role in defeating Levena and work together. They are basically the Fairy Tale Avengers. They all have different personalities and skill sets that make them different from one another but also relate to each other. Sleeping Beauty: a book that put you to sleep.

The Winner’s Curse: I know this book has a fan base but I really found the book to be very boring and uninteresting. The characters were very flat and the plot was weak.

Eden from the Legend Trilogy: He had most of family killed aside from Day. Then gets experimented on by the Republic which blinded him temporarily.

Beauty and the Beast – a beast of a book (a big book) that you were intimidated by, but found the story to be beautiful

A Song of Ice and Fire-mainly A Dance with Dragons. When I first saw the book and how huge it was. But the book was so good it only took me two days.

Aladdin – a character who gets their wish granted, for better or worse

Queen Levana from Lunar Chronicles: She always wanted to be loved and the crown. But at the cost of her sister, and the man she loved. 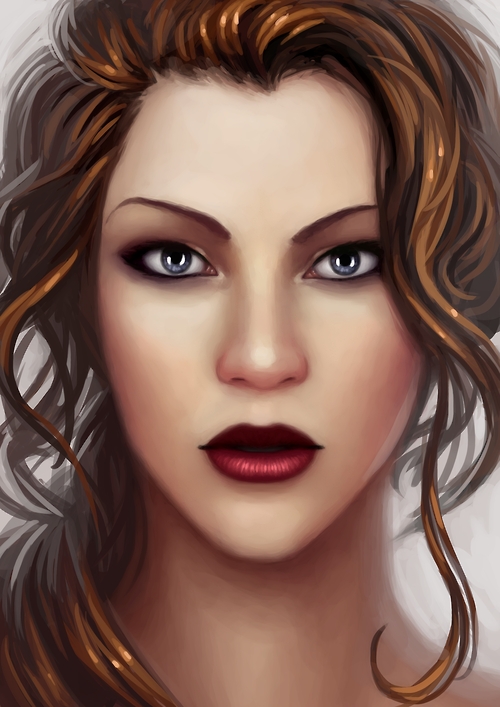 Arya Stark from A Song of Ice and Fire: She spends a majority of The Clash of Kings pretending to be a boy in order to protect herself.

Harry Potter. I know most people have this as an answer but come on who wouldn’t wish the Harry Potter characters were real.

Tywin Lannister from a Song of Ice and Fire. While Joffrey and Cersei are more crazy and evil. Tywin is a planner, a strategist and knows how to get things done and make alliances in order to become more powerful. 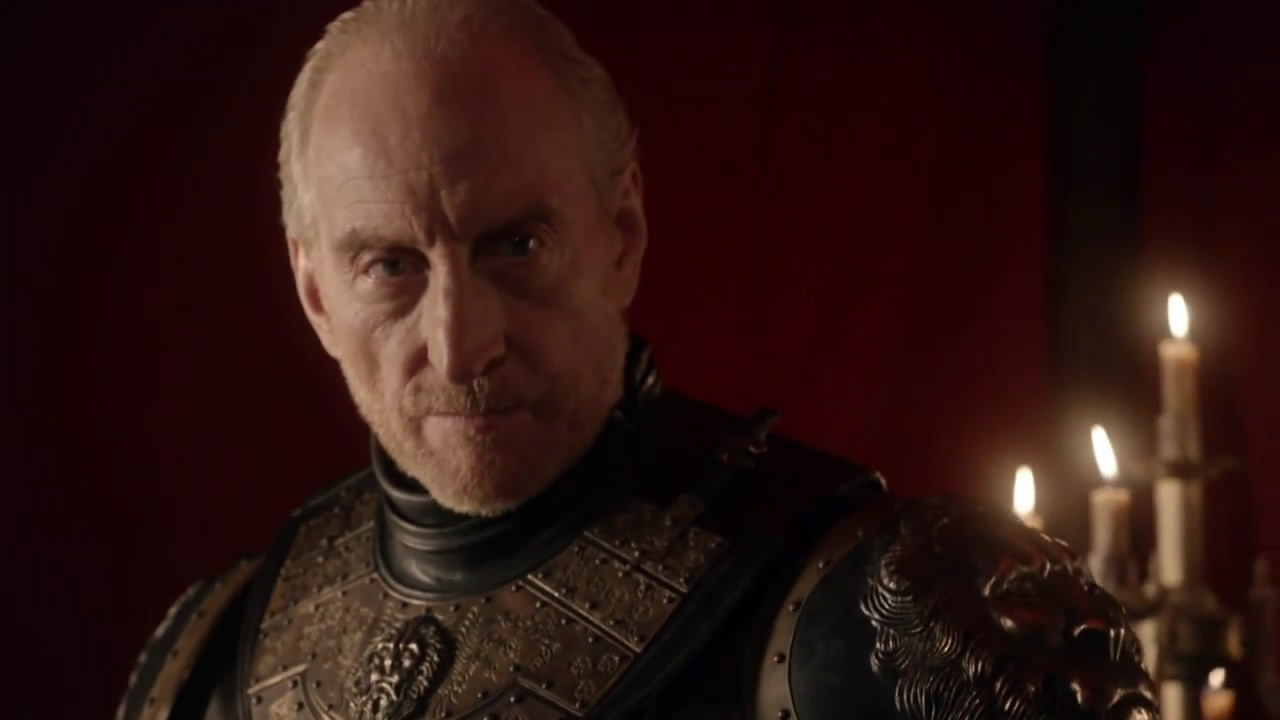 That’s it. I know most of my choices were from Harry Potter, Lunar Chronicles and A Song of Ice Fire but those are my favorite book series.

If you want to take part and if you are reading this than you are tagged.

He is a Legend.

She is a Prodigy.

Who will be Champion?

June and Day have sacrificed so much for the people of the Republic—and each other—and now their country is on the brink of a new existence. June is back in the good graces of the Republic, working within the government’s elite circles as Princeps-Elect, while Day has been assigned a high-level military position.

But neither could have predicted the circumstances that will reunite them: just when a peace treaty is imminent, a plague outbreak causes panic in the Colonies, and war threatens the Republic’s border cities. This new strain of plague is deadlier than ever, and June is the only one who knows the key to her country’s defense. But saving the lives of thousands will mean asking the one she loves to give up everything.

My Thoughts: I really enjoyed this final book in the trilogy. I liked that is focused mostly on the war between the Republic and the Colonies, but not in the military way, but more with political strategy.

As Prodigy ended, June is now training to be Princeps-Elect, which is the basically the Vice-President, while Day is working for the Republic Army. I like that they are separate throughout most of the book, because it gives both characters a chance to fully develop.

The book also takes a look inside what the rest of world looks like. For example how Africa, kinda became a super power along with Antarctica, with Anden trying to get aid from both of those regions. It took a look at the political sides of things and the deals that countries has to make. Mainly it’s the POLISCI major in me that really liked it.

Now here is where I get into spoiler territory regarding the ending so highlight here: My main problem with the ending is how Day lost his memory, because he was shot by Commander Jameson, and then in a dream sequence sees his mother and I was thinking that he was actually going to die and I would have been satisfied but then find out he just lost his memory and didn’t remember June, if you saw my Totally Should Have Book Tag., I sort of explain why I felt the ending needed to change because it should have been had Day die and it most likely would have been a stronger ending without having his memory erased and another a downer ending.

Then the book goes ten years later,, in which June is living in the Capital of the Republic, while Day lives in Antarctica. If I were to describe a positive about the ending was the back and forth between Day and June, having Day wonder if he has seen June before and then in the end has Day ask June out for dinner.

Now as a final book of the series, I can say is that I enjoyed the series, regardless of the ending I feel that the characters hold onto to you. While it isn’t as strong as Prodigy, the book gave me a sense of finality. I liked that it focused on the war between the Republic and Colonies and felt there was closure with the characters, even though it wasn’t good closure. It is another series I am always happy to revisit.

Summary (via Goodreads): Injured and on the run, it has been seven days since June and Day barely escaped Los Angeles and the Republic with their lives. Day is believed dead having lost his own brother to an execution squad who thought they were assassinating him. June is now the Republic’s most wanted traitor. Desperate for help, they turn to the Patriots – a vigilante rebel group sworn to bring down the Republic. But can they trust them or have they unwittingly become pawns in the most terrifying of political games?

What I liked about the book is that it both Day and June managed to have great bits of character development  even though they were separated from each other for a majority of the book. June was sent undercover to lead the new Elector Anden, (who we met briefly in the previous book), to be assassinated by a rebel group known as the Patriots who now Day is working for in order to find his brother. The Patriots are lead by a former Commander of the Republic,  Razor. While the Patriots were mentioned briefly in Legend, they play a huge role in this book.

Also a main strength is how some of the minor characters get some development such as Kaede, who in Legend fought June and Tess. I am also glad that this book really strays away from having a love triangle. While there is hints of some connection with Anden and June, it is very downplayed and not the main focus, and her heart always belonged to Day.

I also liked that we were able to explore more of the Colonies, which is the other side of the former United States, and how not so great their side is.

In the end, Prodigy was an excellent sequel to an already great book.