Happy Wednesday everyone, and here is another Top 5 Wendnesday and the topic is: 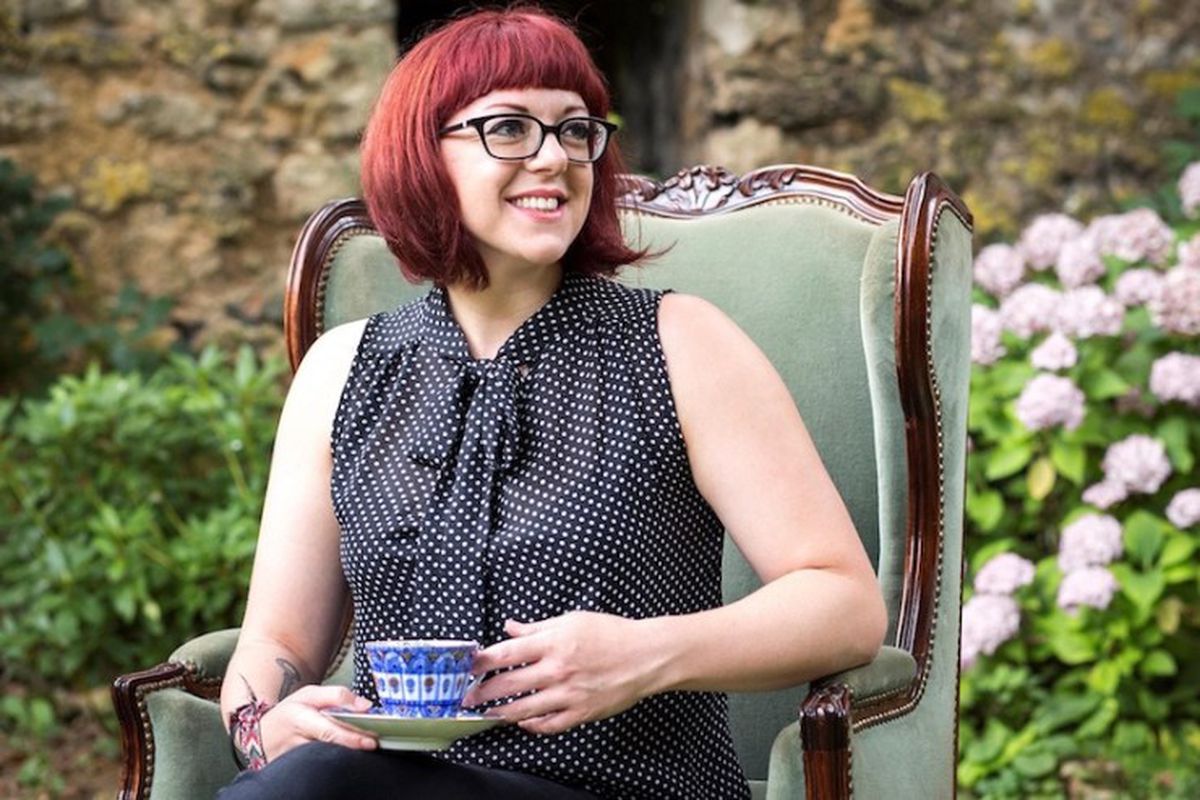 Author of great books such as Vicious, This Savage Song, and Shade of Magic series. I have a read most of the books she has published, but I need to read A Conjuring of Light. I am also very excited for the sequel to Vicious, which is Vengeful. Her worlds are magnificent, the characters are engaging and well developed, and her stories are amazing. 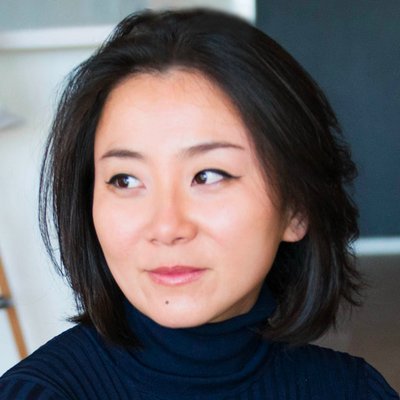 She wrote the Legend trilogy which was amazing. The Young Elites trilogy which I really liked. Warcross was one of my favorite books of last year, and she wrote Batman Nightwalker, which I loved. I love that she is willing to write different genres and go from dystopia, to high fantasy and futuristic Sci Fi. I am very excited for Wildcard this year. 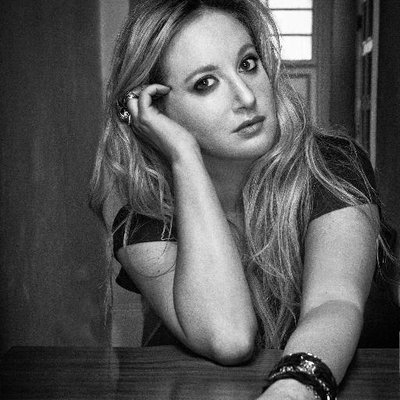 While I did enjoy Shadow and Bone, my main reason for loving Leigh Bardugo, was the Six of Crows duology. The characters, the worlds and the story, drew me in. While I am disappointed that I won’t see those characters again I am excited to read what she has written. 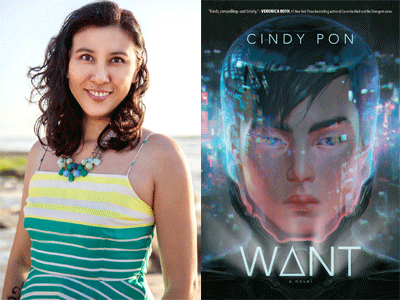 She is, in my opinion a very underrated author. I loved the Serpentine duo-logy, especially with the use of Chinese mythology into a fantasy world. I loved Want, which was another favorite book that I read last year. I loved all of the characters she has written and I can’t want for the sequel to Want,

For those who have been following blog for a long time,should know how much I love the Lunar Chronicles. Sci Fi retellings mixed with fairy tales are my jam. I loved Heartless which was a stand alone retelling of the Red Queen from Alice in Wonderland. I also loved Renegades which dealt with the superhero genre. Her characters are amazing and I am excited for Archenemies.

Jason Zhou survives in a divided society where the elite use their wealth to buy longer lives. The rich wear special suits that protect them from the pollution and viruses that plague the city, while those without suffer illness and early deaths. Frustrated by his city’s corruption and still grieving the loss of his mother, who died as a result of it, Zhou is determined to change things, no matter the cost.

With the help of his friends, Zhou infiltrates the lives of the wealthy in hopes of destroying the international Jin Corporation from within. Jin Corp not only manufactures the special suits the rich rely on, but they may also be manufacturing the pollution that makes them necessary.

Yet the deeper Zhou delves into this new world of excess and wealth, the more muddled his plans become. And against his better judgment, Zhou finds himself falling for Daiyu, the daughter of Jin Corp’s CEO. Can Zhou save his city without compromising who he is or destroying his own heart?

This was one of my anticipated reads, mainly because I was of Cindy Pon’s other book Serpentine, and I always felt she was very underrated within the book community.

First of all, I love how Cindy Pon takes advantage of the setting which is in Taipei, Taiwan set in the distant future, and from what I was told this is the first Sci Fi book set within that area. It also deals with pollution and how it affects the population. The main aspect of the book is how it deals with class. The upper class gets special suits in order to protect them from diseases and the bad pollution, while the lower class has to fend for themselves. It really reminded me of Legend by Marie Lu in the aspect.

“Mei” means without and “You” means to have. That’s the terminology that Pon uses to describe the social classes.

Jason Zhou is the main protagonist,and he reminded me a lot of Day in which he was someone who wanted to change the system by any means necessary, and of course with the death of his mother he feels as if it is his duty. He goes undercover to become a you, in order to destroy the Jin Coproaration, the company who manufactures the suits from within.

During his undercover mission he befriends Dairu, the daughter of the CEO of Jin Corp. Jason and Daiyu relationship I thought was very well developed. Its starts with them befriending one another and than an actual relationship begins to blossom. While it does feel a bit of a cliche,it was a well developed cliche. I kinda wish that Daiyu had some POV chapters as well just to get some of her side of the story, mainly because I really did like the character. She had a lot more agency with her, she more than just a girl that the main character has to woo, she was very smart in her own right.

If I were to point out a negative is that I wish some of the secondary characters had a bit more developed, and were better fleshed out. An example was a friend of Daiyu, whose basic story arc revolved around him telling Jason to stay away from Dairu. But I did think that the characters from Jason’s crew were fleshed out, and they reminded me a bit of the crew from Firefly. Hopefully as sequel will flesh out a lot of the characters.

I also like the twists and turns that the book went through, while yes some of it was very predictable there was a few that I didn’t really see coming, but then when you think about it the twists made some sense.

In the end, Want was a very good book delivered by Cindy Pon. She created some great characters and took advantage of a great setting. She created a great world that I want to see more of in future sequels..

Happy Thursday everyone, and here is another If &Then Thursday,

This is one of my favorite book trilogies, set within a dystopian world. June and Day are some of my favorite characters. It is action packed and has a lot of twist and turns. It also a someone who majored in political science, I also loved the use of politics.

Jason Zhou survives in a divided society where the elite use their wealth to buy longer lives. The rich wear special suits that protect them from the pollution and viruses that plague the city, while those without suffer illness and early deaths. Frustrated by his city’s corruption and still grieving the loss of his mother, who died as a result of it, Zhou is determined to change things, no matter the cost.

With the help of his friends, Zhou infiltrates the lives of the wealthy in hopes of destroying the international Jin Corporation from within. Jin Corp not only manufactures the special suits the rich rely on, but they may also be manufacturing the pollution that makes them necessary.

Yet the deeper Zhou delves into this new world of excess and wealth, the more muddled his plans become. And against his better judgment, Zhou finds himself falling for Daiyu, the daughter of Jin Corp’s CEO. Can Zhou save his city without compromising who he is or destroying his own heart?

Why: Both books deal with class issues, an illness that is killing the poor population and corrupt governments and corporations who may or not be responsible for the outbreak. Also see a lot of similarities between the characters of Day and Jason, who are trying to make their world better.

Lush with details from Chinese folklore, SERPENTINE tells the coming of age story of Skybright, a young girl who worries about her growing otherness. As she turns sixteen, Skybright notices troubling changes. By day, she is a companion and handmaid to the youngest daughter of a very wealthy family. But nighttime brings with it a darkness that not even daybreak can quell.

When her plight can no longer be denied, Skybright learns that despite a dark destiny, she must struggle to retain her sense of self – even as she falls in love for the first time.

This was a book I kinda picked up an a whim. I was looking at the DivertyinYA Tumblr page and the story looked interesting. Growing up I was always interested in ancient Chinese mythology and the premise really interested me.

I liked this book. While it was on the short side, (mainly because the last few books I read was very long) it did have an engaging story. I liked the setting which was in Ancient China which you really don’t see in YA or the fantasy genre.

Skybright is a very good protagonist, I like her relationship with her mistress Zhen Li, which she sees as more of the sister and you could see that they care about each other. It also was good to see than Zhen Li was an LGBTQIA character, which is also something that you don’t see in a lot of mainstream YA, and while she was a supporting character it was just something that was touched upon, especially in the setting of Ancient China, hopefully future books will further dive into that theme.

I also liked her relationship with Kai Sen, who his a sort of Monk in training. They had some good scenes and you could see that they care about each other and the relationship built up gradually rather than being forced.

I also of course liked the Ancient China setting and story. The main plot is was of demons going into the mortal world and the monks acting as guardians of that world. While some of the plot lines were very predictable it did make for an engaging and I wanted to see hat was happening to the characters. I would have liked to to the see dive a little bit into the mythology, because Chinese mythology could make for interesting themes in the book and I think the world building could have been better and go into how life was Ancient China.

In the end I thought this was a very interesting book. It had good characters and had a great setting that made for a good read. I want to see what more the author has to offer and see more of this series.